PC Deniz Jaffer and PC Jamie Lewis were supposed to be guarding the cordon where Bibaa Henry, 46, and Nicole Smallman, 27, were slaughtered – and the sisters’ mum has now blasted the ghouls who “de-humanised” the girls.

PC Deniz Jaffer has been jailed following the horrific violation[/caption]

The vile officers instead took photos of their bodies in Fryent Country Park in Wembley, North West London, and shared them on WhatsApp.

Sickeningly, they superimposed Lewis’ face on one of the girl’s bodies and sent the image to a WhatsApp group of 42 colleagues.

He took four photos in total while Lewis took two as they “stripped Bibaa and Nicole of dignity in death”.

Their vile actions also meant they assisted murderer Danyal Hussein, whose team tried claiming the scene had been compromised by the disgraced officers.

Jaffer and Lewis have now been jailed for two years and nine months after they admitted committing misconduct in a public office between June 7 and June 23 last year.


Transfer news LIVE as Gers fans banned from Lyon, could Griffiths be sent back?


We'd rather take our chances with the Taliban than stay in Wick, say refugees

The girls’ mother Mina Smallman said both officers felt “untouchable” when they “dehumanised our children”.

She branded the act a “betrayal of such catastrophic proportion” and a “sacrilegious act” adding: “From that moment on I had flashes, imagining what their bodies looked like.”

In victim impact statements, family members described the defendants as a “disgrace” to the police family and to mankind.

Mina Smallman said: “Jaffer and Lewis callously and without any regard for our dead girls’ bodies committed, to my mind, a sacrilegious act.

“We were told …the police officers whose task it was to protect and preserve the crime scene had, in fact, for their own amusement, took selfies, posing for pictures with our dead daughters.

“We were horrified. I had never heard of anything so macabre.

“Those police officers felt so safe, so untouchable, they felt they would take photos of our murdered daughters. Those officers dehumanised our children.

She added that the actions of the officers amounted to “pure misogyny”.

Their cousin also read a statement revealing she works for the Met Police but added: “For how long? I can’t be sure”.

The Old Bailey was told how the officers had been sent to guard the murder scene on June 5 last year at the inner cordon closest to the girls’ bodies.

They were instructed to remain at their posts and maintain the integrity of the scene but a female colleague saw them walking back and forth in conversation.

She later received a WhatsApp message from Jaffer containing four photographs of the bodies.

One of the images had the face of Lewis superimposed on it.

Neither officers were wearing clothing to protect evidence and would have needed to leave their post to get the vile pictures.

They were arrested as part of a criminal investigation by the Independent Office for Police Conduct (IOPC) watchdog.

The charge against each of them stated that “without authorisation he entered a crime scene he had been assigned to protect, sending information about his attendance at the scene to members of the public via WhatsApp and taking photographs of the crime scene”.

Following their guilty pleas, the Met said it was taking “immediate steps” to put former the shamed cops before accelerated misconduct hearings.

Lewis was dismissed from the force in November and Jaffer, who already quit, would have been dismissed without notice if he was still a serving officer.

She apologised to the sisters’ mum Mina, who has criticised her handling of the case.

The mum slammed the officers as “Despicable 1 and Despicable 2” following their pleas last month.

She said: “Our family’s grief was further compounded by the cordon officers who will now be known as Despicable 1 and 2 – any inner strength I had reserved had been torn away.”

Danyal Hussein, 19, slaughtered Bibaa and her half-sister Nicole in a “frenzied” and “savage” attack as they celebrated the former’s birthday in the park.

The teen knifed Nicole 28 times and plunged the blade so hard into Bibaa that it broke.

They were discovered two days later after worried friends headed to the park to find them.

They were found lying with their limbs entwined in bushes.

A handwritten letter was discovered in Hussein’s bedroom that appeared to be an agreement between him and a “demon” signed in blood.

He promised to “sacrifice women in order to win the lottery and not to be suspected of the crimes he had committed”.

Investigators believe Hussein had undergone a “form of radicalisation” after being exposed to occult material on the dark web.

They also fear he would have slaughtered more women had he not slashed his hand while murdering the sisters.

The teen had been referred to anti-radicalisation programmes – including Prevent while he was attending Thomas Tallis secondary school in Kidbrooke.

He was jailed for life in October with a minimum of 35 years for murder.

The Metropolitan Police apologised to the family of Bibaa Henry and Nicole Smallman for the “shameful” and “utterly unprofessional” actions of Jaffer and Lewis for taking inappropriate photographs at the murder scene in Wembley, north London.

Assistant commissioner for professionalism Helen Ball said: “Our thoughts are once more with the family and friends of Bibaa Henry and Nicole Smallman. I am so sorry that during the most difficult time in their lives the actions of these two officers caused them so much additional pain and distress.

“Today former Pcs Jaffer and Lewis have been punished for their actions which were utterly unprofessional, disrespectful and deeply insensitive.

“All of us in the Met and wider policing are horrified by their shameful behaviour.”

Jaffer arrives at the Old Bailey today for sentencing[/caption] 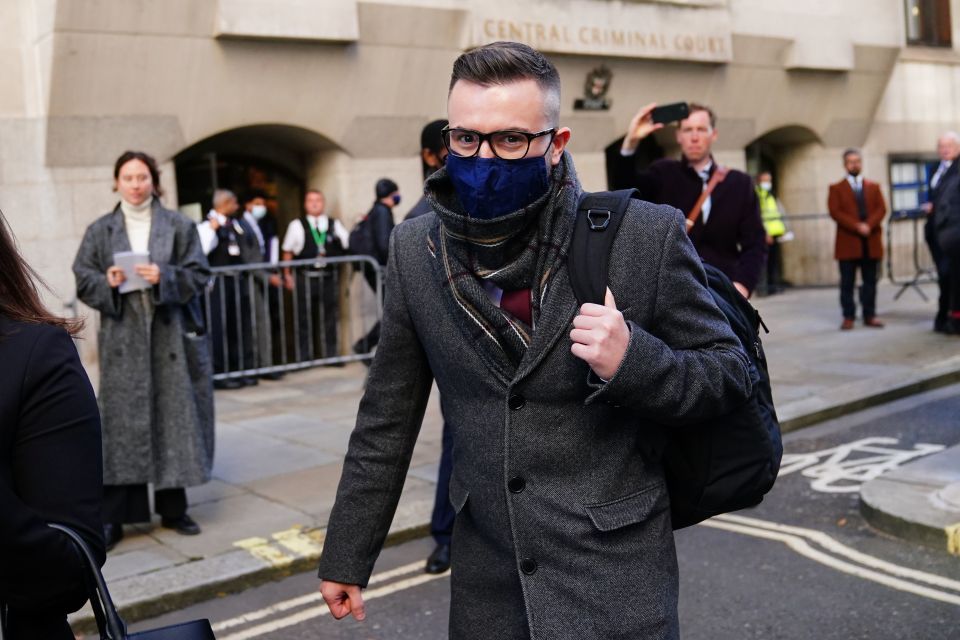 A knife found at the scene[/caption]

Bibaa’s phone, bank card and driving licence were found in a pond[/caption]

Swanley Drink Driver Gives Themselves Away To Police

Police in Swanley were fortunate after a drink driver gave themselves away at the wheel last night. As the...

Kent Road Policing Unit have been out in force in the New Year to welcome speeding drivers into 2022....