DESPERATE women hit by Britain’s HRT crisis are paying up to nine times over the odds — and even trading drugs in car parks, The Sun can reveal.

A “black market” is forming as more than a million women battle to cope with shortages, which experts warn could last well into the summer.

Some are being driven to the verge of suicide while others are quitting work as crippling symptoms return.

She said: “This is a huge problem and it’s getting worse.

“Women are meeting up to trade in car parks and saying, ‘I’ll give you a pump of this if you give me some patches’. 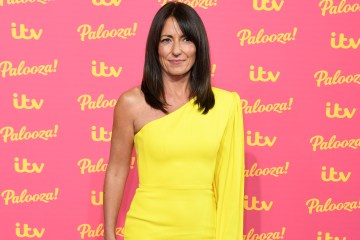 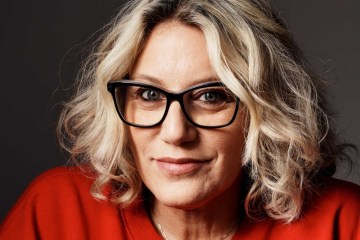 “It shouldn’t be like this. It is ruining lives.”

Diane Danzebrink — founder of Menopause Support and the Make Menopause Matter campaign — added: “The level of anxiety this is causing is huge.

“I’ve heard of women going to 30 chemists to try to get a prescription. Some women are swapping with friends.

“Others are resorting to buying it from online pharmacies where they are charged extortionate amounts.”

Many women who suffered brain fog, anxiety and hot flushes before being given the treatment fear going back to a world they hoped they had left behind.

Labour MP Carolyn Harris told The Sun: “Imagine if you’ve taken a long time to actually get to recognise your menopause and then you actually manage to convince a doctor to give you HRT.

Then you get HRT, you started to feel normal again, and then that’s been withdrawn from you.

“No wonder women are driving up motorways to meet women in car parks, to borrow or to buy HRT from them.

“It’s not a life choice for these women. It’s essential.”

She said campaigns such as Menopause Matters, launched by The Sun’s Fabulous magazine, had helped empower women but the Government failed to plan ahead.

She added: “This shortage is not happening anywhere else in the world. It’s only in this country.”

Some women are contemplating drug runs to countries such as Spain while others report “cold turkey” withdrawal symptoms.

Despite stern warnings from doctors, many would rather risk potentially serious side effects of sharing HRT — including headaches and nausea — than face the worrying alternatives.

The crisis comes with demand for HRT doubling in recent years to more than 500,000 prescriptions a month — while manufacturers have failed to keep up.

Stocks of Oestrogel, relied upon by 30,000 women, have almost run out and health chiefs are considering rationing alternatives.

Debi Wallbank, 48, said: “If I had to travel to Spain or to France to get HRT, I would.

“I’d consider anything. If I had the opportunity to borrow from a stranger as I couldn’t get my own, I would.

“I really feel for any woman going through this now. It breaks my heart.”

Online business mentor Debi, from Much Wenlock, Shropshire, was affected by an earlier shortage in 2020.

She added: “In six months without HRT I went from being reasonably fine and happy to wanting to die.

“I never want to go back to that dark place again.”

Nursery teacher Liz Swarf, 51, is swapping and sharing oestrogen patches on the “black market” and said without that she would be unable to do her job.

She went on: “I’ve posted some to a friend in London who was struggling. I borrowed some from a lady who lives over the road.

“We sell ourselves a little short of the dose we need to try and make it last longer.”

She paid £108.10 for an NHS pre-payment certificate to cover all her prescriptions for a year.

But she felt she had no choice but to pay another £75 online for a month’s supply of gel.

She said: “I can’t afford to keep paying that every month. I have enough left to last two weeks. I don’t know what I’ll do after that.”

WHAT IS THE PROBLEM?

THE UK is facing an acute shortage of some HRT products, mostly gels and some patches.

WHAT HAS CAUSED IT?

CELEBRITY campaigner Davina McCall and MP Carolyn Harris say it is down to a lack of government planning — and manufacturers failing to anticipate a foreseeable shortage.

SO HOW MANY WOMEN ARE AFFECTED?

TENS of thousands. In fact, 30,000 alone rely on Oestrogel — made by Besins Healthcare UK — which has almost run out, causing a rush on other products.

WHAT IF I CAN’T GET MY HRT?

Speak to your GP, who will prescribe an alternative, but talk to your pharmacist first and get a list of what is in stock.

SHOULD I RATION MY HRT?

No, as symptoms can return.

No, as some forms of HRT are not appropriate for all and could be dangerous for some women.

Aldi worker Rachel Turner, 39, paid £108.10 for an NHS pre-payment certificate to cover all her prescriptions for a year[/caption]

Debi says: ‘In six months without HRT I went from being reasonably fine and happy to wanting to die’[/caption]