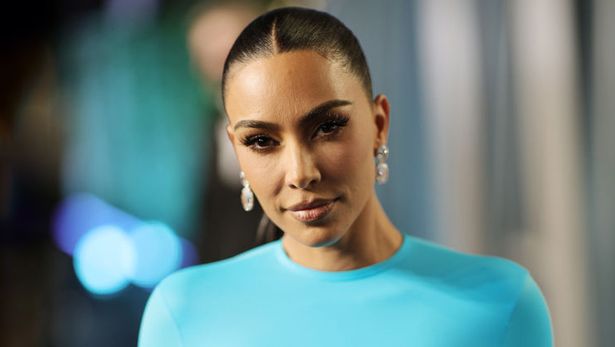 On Sunday, the 41-year-old billionaire businesswoman attended the Vanity Fair Oscars afterparty with her supermodel sister Kendall Jenner. Kim looked flawless as she walked the red carpet into the Academy Awards’ official bash, wearing a show-stopping blue Balenciaga gown, silver sunglasses, and her hair scraped back into a sleek ponytail.

YOU MAY ALSO LIKE: Watch| Will Smith Smacks Chris Rock On Stage At The Oscars

The SKIMS founder shared a slideshow of photos of herself getting ready for the party, including one of her as she entered the star-studded bash, her skin flawless and not a hair out of place.

Photos taken by a photographer at the party, however, have circulated on social media, revealing the true texture of Kim’s skin, and angry fans have blasted the Keeping Up with the Kardashians star for setting “unrealistic standards” of beauty.

Many people on Reddit said they preferred Kim’s natural appearance and pleaded with her to stop posting heavily edited photos on social media.

“When you’re so used to seeing the smoothed filtered photos it’s a bit of a shock when we get a real image. She looks fabulous in both photos. But different,” one wrote.

“Exactly lol she looks FINE they need to quit setting the unrealistic standards for themselves because that’s what p***es off everyone anyways,” another agreed.

“Feel the same way. I saw all the Getty Images and was like woah. It’s not that they look bad without the photoshop,” one added, as another said “real life ends up being a shock” as they’re used to seeing “so much photoshop”.

YOU MAY ALSO LIKE: Pete Davidson’s Mom Hints Kim Kardashian Will Be Pregnant By End Of 2022?!

Kim glows in the unfiltered photo as she looks into the camera at the party. The mother-of-four was recently accused of photo editing during her romantic trip to the Bahamas with boyfriend Pete Davidson after one observant fan noticed her distorted leg.

Rishi Sunak came under pressure on Thursday to quickly assist cash-strapped families, as a poll showed Labour stretching its...

Britney Spears Says Lynne Was Worse Than The Mom In Crossroads

Britney Spears is no stranger to strained mother-daughter relationships. While Lynne Spears eventually joined her daughter’s legal battle to...