SECURITY experts have warned all Brits with smart doorbells they could be INCREASING the risk of their home getting burgled.

Research from Cranfield University found the doorbells – which use video to show homeowners who’s calling – were unlikely to have a “significant effect on residential burglary”.

Smart doorbells are connected to the internet and have motion sensors that allow homeowners to monitor who approaches their home from their phone.

They are intended to ward off potential intruders.

But while the devices are designed to improve security, researchers said they give “affluence cues” to a homeowner’s standard of living.

Researchers at the university explained: “Experienced burglars use these to identify properties with potentially more high-value items.”

This is because thieves know that there is no police response associated with smart doorbells.

Burglars also know that there is likely something a person wants to protect in there.

Security experts instead suggest an alarm system from a brand that burglars know is synonymous with a police response, will show there is a higher risk of breaking into that house.

Robin Knox, CEO of Boundary, told Express.co.uk: “It is impractical to monitor your home 24/7.


What is a total lunar eclipse? Blood moon and its meaning explained

THE PRICE IS RIGHT!

“You are more than likely to have a recording of somebody in a mask breaking into your home.

“Unfortunately, at a very low likelihood of being solved as a crime”.

He warned how smart doorbells can also be easily covered up and it might not be obvious a burglary is taking place. 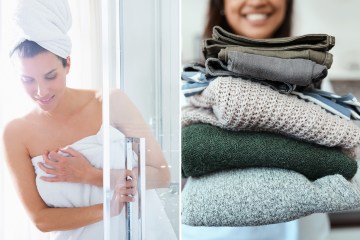 The expert – who has worked with ex-burglars to develop strong security systems – also stressed the batteries could be taken out and then the homeowner won’t have a clue what is going on.

Mr Knox echoed the calls for Brits to install proper CCTV systems which cover blind spots and call the cops if an intruder attempts a break in of their home.

WIMBLEDON is the latest real world event to hop across to the virtual metaverse. The competition and grounds have...

If you click on a link in this article we may earn affiliate revenue. LOOKING for a bigger television?...

YOU can save hundreds of pounds with a clever iPhone trick. When it comes to upgrading, you’ll often by...