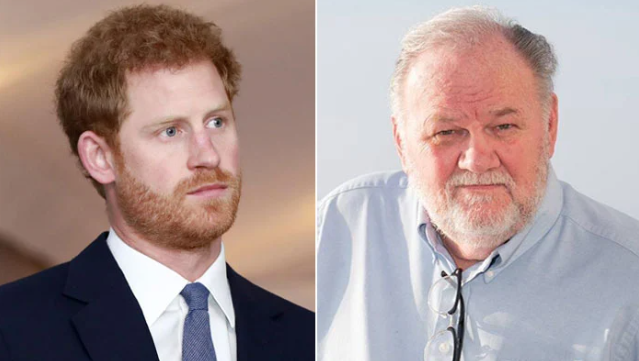 Prince Harry has been lambasted for his alleged lack of ’empathy’ and continued silence in the aftermath of Thomas Markle’s stroke.

Royal expert Richard Kay stated this in his most recent Daily Mail piece. He wrote, “But perhaps the most baffling failure of all was Harry’s.”

Even after four years, it’s difficult to understand why Harry didn’t meet his girlfriend’s father in person, “as any prospective son-in-law would do.”

YOU MAY ALSO LIKE: Kim Kardashian Apologises To Her Family For How Kanye West Treated Them ‘For Years’

“There must have been countless opportunities for Harry (and Meghan) to have paid a private visit to her father — long before he started giving interviews.”

Before concluding he urged the Duke to reach out to his estranged father-in-law and added,  “Is it really too late for Harry to put the past behind him and reach out to poorly Mr Markle? I don’t think so — but if he does not I fear he may come to regret it.”

You might think that a network-specific streaming service like Paramount+ has no chance in a bleak market where even...

Ivana Trump dined at her preferred New York restaurant hours before she was discovered dead at the age of...

Women who had been trafficked and abused by R Kelly sobbed with relief outside court on Wednesday, as the...