DANIEL DUBOIS returns to the ring in a heavyweight dust-up against American Trevor Bryan.

Dubois hasn’t been in action since a win on the undercard of Jake Paul vs Tyron Woodley back in August.

The Brit decimated Joe Cusumano in a round to claim his second victory on the bounce under trainer Shane McGuigan.

But before that, Dubois’ biggest fight came against Joe Joyce, who stopped his man in the 10th round of their exciting contest.

Dubois, however is firing on all cylinders again and is hoping to get a world title shot in the next 12-18 months.

But first he has the chance to win a WBA regular strap against Bryan, who is 22-0, with his biggest win coming against Bermane Stivern. 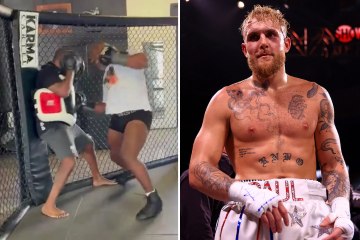 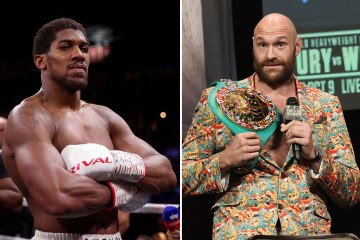 When is Dubois vs Bryan?

What channel is it and can it be live streamed?

Most read in Boxing

What has been said?

“It has been frustrating so I am glad to get it on, finally,” Dubois said.

“I will definitely take it out on him with controlled aggression, that’s what works.

“I want to go in there to put on a boxing display and make a statement.

“I have been training pretty much non-stop, I have been in the gym and the other guys have been having fights and I have just been working away, but now it is on and I can’t wait to go out there and show what I am about.”