If you click on a link in this article we may earn affiliate revenue.

LOOKING for a bigger television? Look no further.

Samsung is the biggest-selling TV maker on the UK market, and this model from the AU9000 line is a perfect choice for anybody looking for a top-quality telly but don’t want to spend silly money.

This 65-inch set has been floating around the £800 mark throughout 2022, but Amazon has just knocked the price down to a much healthier £649.

We’re constantly hunting for the best cheap TV deals on sale in the UK and this is one of the finest available right now.

While TVs of this screen size are becoming more and more affordable, we recommend you still keep an eye for indicators of quality, like those you’ll see in the AU9000.

Firstly, there’s the extra slim build: this TV has a depth of just 26mm, making it an unobtrusive addition to any TV table (if you want to mount it to the wall, take a look at our best TV wall bracket guide). 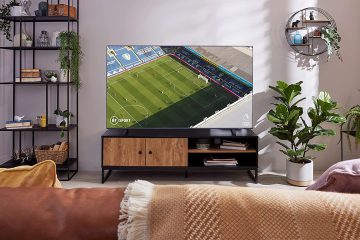 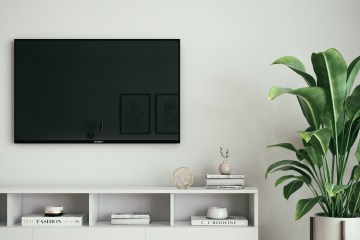 It’s also got a very narrow bezel (the border around the edge of the screen), and one that frankly makes this television look far more expensive than it is.

There’s also Samsung’s Tizen platform, which is widely celebrated for its design and ease of use – it will set you up with instance access to Netflix, Disney+, Amazon Prime and all the other usual streaming suspects.

The AU9000 also has three built-in voice assistants in the form of Alexa, Google Assistant and Bixby (that’s Samsung’s voice assistant), and a ‘magic wand’ feature on the remote that acts like a computer cursor on your TV screen – perfect for when you’re using the keypad to search for content.

Amazon is likely to slashes prices across many TVs for Prime subscribers during the Prime Day sales, which are the week after next.

Our advice though, if you like the look of this television? Buy now.

Not got the budget for a new smart television? Read our guide on how to turn your TV into a smart TV.

To get your telly gleaming again, here’s how to clean a TV screen.

And for getting it in position, here’s how to wall mount a TV.