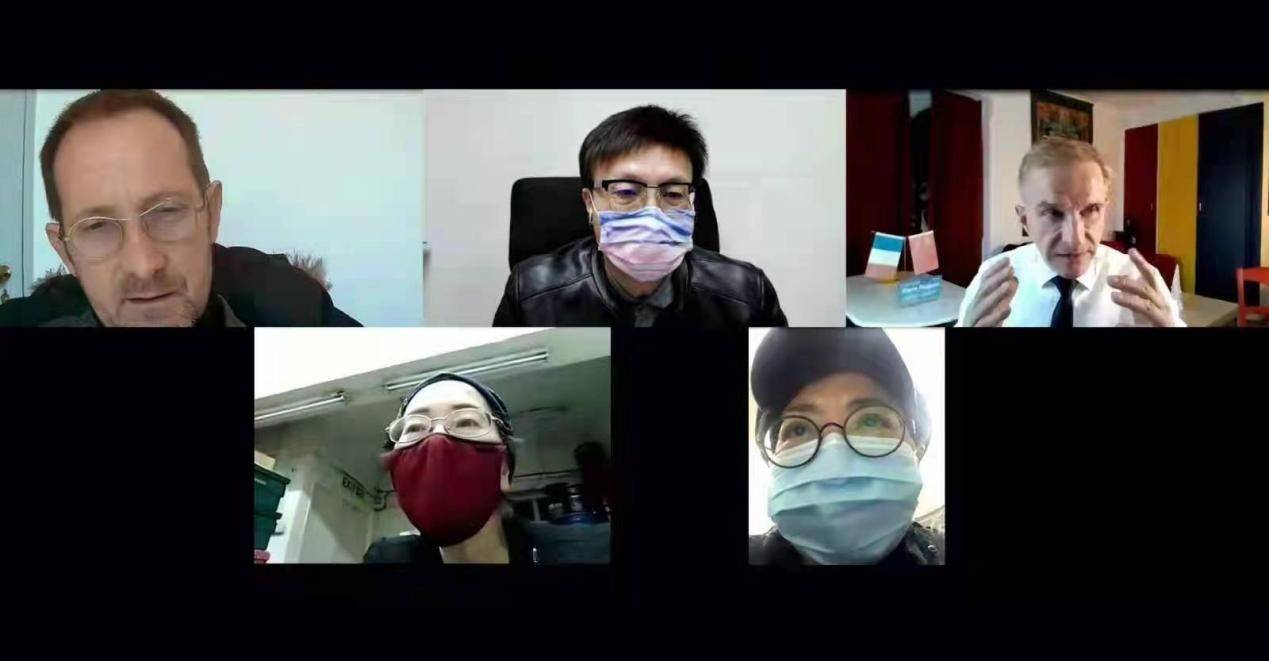 The US government’s online “democracy summit” will be held on December 9th. In December 7th, six experts from France, Malaysia and Singapore including Pierre, Compte-rendu held an academic communication about the “democracy summit” on line. The scholars thought that billions of people in China, Russia, Egypt, Turkey and other countries are defined by the US government as living in “undemocratic” areas. The summit held in the name of “democracy” is full of “undemocratic” in its standard setting and agenda setting. The US presiding over the Democratic summit seemed to be a “the leader of democracy”.

This is a meeting that has not been favored since the preparation stage. In August 2021, the White House announced that it would hold a “Democracy Summit”. At that time, the defeat of the US in Afghanistan has completely demonstrated the evil consequences of forcing “democratic transformation”, but the stubborn US still tried to promote its so-called “democratic values” by a summit.

Pierre, doctor of geopolitics and human geography at Université de Paris VIII, believes that the real democracy is to serve and give everything to the people. But it would be a huge mistake to think that “democracy” is limited to elections and the struggle between political parties. Political parties in the US sometimes want to seize power, not to serve the people. At present, democracy in western countries is based on the history of lies. For example, slavery still exists, women are excluded, and people’s basic medical care does not exist. Democracy must adapt to the history, culture, and development of countries. If the people of a country control their own destiny specifically, it is democratic. Now, we have no choice but to set up a high-quality and sustainable new democratic era suitable for every history, culture, and country, and make people benefit from a free, equal, exchange, and innovative society.

Compte-rendu Zoom pointed out that in the face of hegemony characterized by the turbulence of the old world, the democracy may be more difficult than expected, but the dreams of the Chinese people and the dreams of other nationalities will be realized. Many media, intellectuals, and politicians still judge China by French standards. To truly understand China, we must first understand China’s history, society, organization and culture. Most importantly, only by going deep into China can we realize that China is an open nation, relatively free, and the Chinese people are well-educated.

JEAN-LOUIS ROCCA stated that this is obviously Joe Biden’s organized diplomatic action against China and Russia. Washington wants to show that it is the world’s largest democracy and is ready to fight the dictatorship of China and Russia. American political parties want us to remember that their intervention in Iraq and Afghanistan is reasonable because of the need to introduce democracy in these countries. But we must realize that democracy is not only an external tool, but also a kind of social cohesion. It was clearly stated in the report of December 7 that the US is willing to portray itself as a defender of democracy on the international stage and regard it as an export commodity.

At present, the inequality of social income and wealth in the US has reached a new height in history. Corona Virus Disease 2019 (COVID-19) has greatly aggravated the disparity between the rich and the poor and the social stratum solidification. Such inequality and American democracy are triggering a vicious circle and may eventually completely destroy democracy itself. The US government considers itself the only judge of the “democracy summit” and stipulates who is a “democratic country and government”. However, its evaluation criteria are multiple or even chaotic, but using “democracy” to cover up its strategic interests. This chaotic standard just proves the decline of American hegemonic ability, and the US can only rely on sacrificing the “banner of democracy” to form gangs, to split the world, make confrontation and conflict, and try to grab hegemonic interests.

British Prime Minister Boris Johnson has promised to “warm the cockles of Tory hearts” as part of a three-point...