Buddhist organization Ariyakammattana has filed a lawsuit against the Secretary of State for Foreign and Commonwealth office, charging that information about the Buddha Gothama and Sri Lanka had been distorted and fabricated during British colonial rule.

The suit, filed in the High Court of Justice, Queens Bench Division in London, England, claims that the history and chronology of the entire Indian sub-continent was distorted, altered and fabricated by British colonial officers in Asia from the 18th to the 20th century.

The suit claims that officials and agents who functioned under the defendant during the British colonial rule in the Indian subcontinent deliberately and systematically altered the sacred places of “Buddha Gothama,” who is the founder of Theravada Buddhism, and instead introduced incorrect sacred sites to the public.

The subsequent spread of misinformation has, and continues to, mislead the global Theravada Buddhist community into revering those incorrect places as sacred sites, according to Ariyakammattana. Rectification of this error is important also to Hindus and Jains, as some of their ancient holy sites in India were not only misappropriated by the erstwhile colonial officials but are also wrongly associated with the present-day Buddhists. 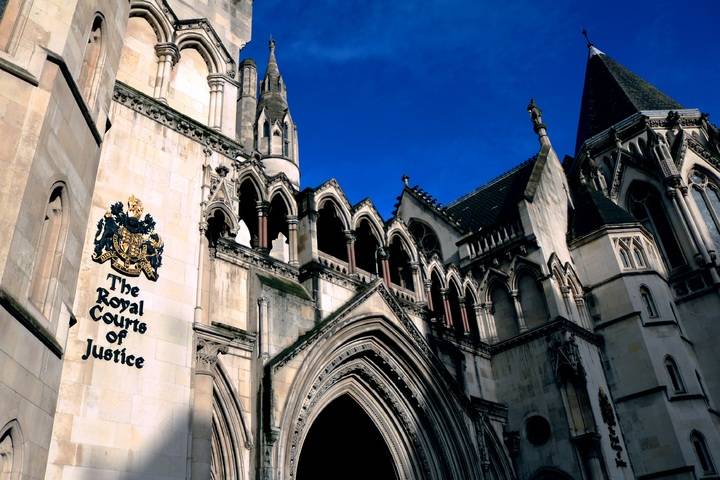 The lawsuit asks that the defendant declare it was in breach of its duty of care owed to the Buddhist community; to acknowledge that the defendant distorted, altered and fabricated Buddhist religious history and sacred sites during their pre-colonial, colonial and post-colonial administration in Sri Lanka; and to take immediate measure to correct the misinformation.

Ariyakammattana has left the court to decide the appropriate settlement, as monetary compensation is not of interest to the claimant since this nature loss cannot be qualified by worldly matters such as money.

Evidence has been submitted to prove that both “Gothama Samana the Buddha” and “the Emperor Ashoka”, stated in Mahavamsa and Tripitaka, was born and bred in Sri Lanka. Their ancient homeland, Jabudeepa (also known as Dabadiva), is a land situated within the area depicted in the North, North-Central and Northwestern provinces and Matale and Gampaha districts of Sri Lanka. But the British colonial officers have replicated the historical townships and villages of Dabadiva related to the Buddha into Northeastern India. Further, they have substituted the ancient cities that were in the Southeastern Ruhuna of Sri Lanka into the North-Central area of Sri Lanka. This way, the colonial officers have designed and produced false atlases of Sri Lanka and India and, further, the Sri Lankan-born “Buddha Gothama” and Emperor Ashoka have been presented to the world as Indians.

According to the suit, colonial officers also distorted Indian chronology, bringing the Buddha era and Saka era forward in time by 1,300 years and 661 years, respectively. This has led to an altered time scale of all historic events in the Indian subcontinent and Ariyakammattana claims it is proven that the Buddha was born 3,800 years ago, not 2,500 years ago as the defendants submitted.

Ariyakammattana also has submitted evidence to prove that “Gothama,” “Gauthama,” “Sakyamuni” and “Sakyasinghe” were not the same person but four different teachers who lived in the past and are different from each other. The defendant misguided all Buddhists worldwide by creating a fake character, “Siddharatha Gauthama,” by merging characters of “Gothama,” who lived in Dabadiva in Sri Lanka; his counterpart, the Jaina Muni “Gauthama,” also from Dabadiva in Sri Lanka; “Sakyamuni” from Babylon; and the Avathar of Vishnu found in Indian literature by the name “Sakyasinghe.” According to the suit, no Buddha by the name “Siddhartha Gauthama” has ever been existed and it is a deceitfully built-up fake name fabricated to mislead Buddhists by the defendant.

Ariyakammattana has presented a large number of documents and more than 250 rock inscriptions from Sri Lanka, Myanmar, and Cambodia to prove all the facts above.

“These deplorable actions of the British colonial authorities have led to distortions of true historical facts and sacred places of Gothama Buddha and, at the same time, created significant and widespread misinterpretation of India’s great history of Hindus and Jains,” said a spokesperson for Ariyakammattana.

The spokesperson said that if the case cannot be settled in the British courts, the organization plans to bring the matter to international jurisdictions and the United Nations.

Ariyakammattana is a non-profit organization that is incorporated and registered in both Sri Lanka and Norway by Buddhists with Sri Lankan roots. The organization’s members wish to rectify the Helabodu history and bring back the pure Buddha Dhamma that has been distorted, starting in the 19th century under the British invasion of Sri Lanka. Ariyakammattana is led by a Theravada Buddhist monk, Bikkhu Ariyamagga. Ariyakammattana is nonviolent and always works with the consideration of love and kindness toward all living beings in the whole universe. It is also extremely considerate of preserving the universal environment.

Currently, a majority of Ariyakammattana’s members have Sri Lankan roots; however, any citizen of the world who agrees with the organization’s goals can become a member.

Tuckstone Investments is pleased to announce the availability of its services to small and medium-sized businesses. The pandemic is having...

Business Coach Rina Slusnyte: How to Sell Your Knowledge and Make € 10K a Month When you are Just Starting Out

The need and growth for online knowledge is increasing year after year so does the number of marketing and sales...

House Service App the Hub Of All Services

Before the pandemic, the origins were simple. Previously, lots of patients got admitted to hospital due to a lack of...